The Will of God – A Holy Sanctuary 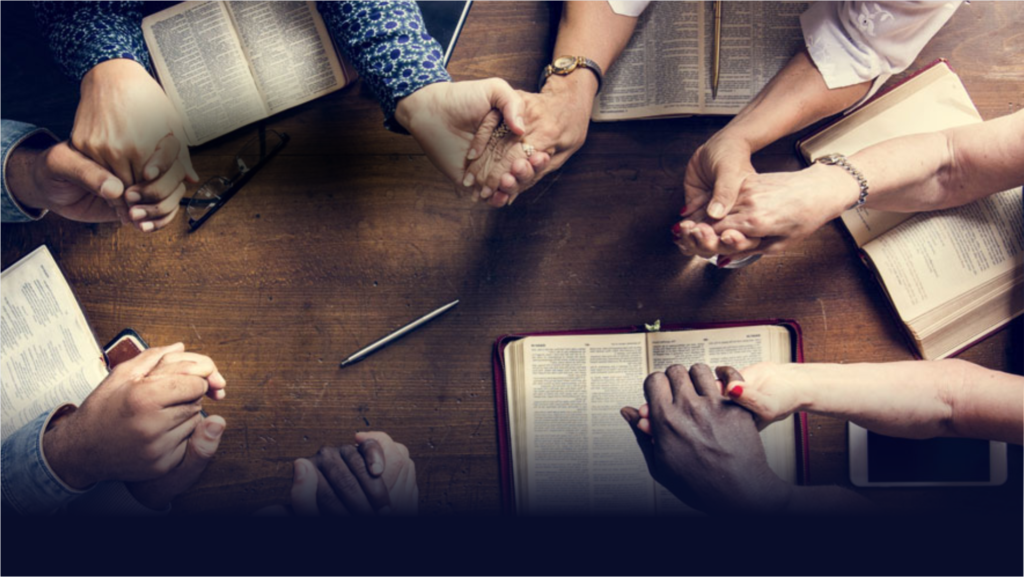 Since the beginning of time, God is seeking a people who could be His holy sanctuary and dwelling place. The story of God’s people provides us with a roadmap for our spiritual growth as an individual but also for the greater body of Christ.

Removed from the Sanctuary

God’s story with humanity begins in a temple-like garden where we are in perfect, holy union with the divine. Man believes a lie: he must eat some forbidden fruit to be like God and to know good and evil.  Consequently, man is cast out of this holy sanctuary.[1]  Later, God would reveal himself to one of Adam’s descendants, Abraham, who would become the Arch-father of God’s called-out special people.[2] This group of people, a family of twelve tribes, receive their existence from serving God, doing what God says.  If they serve God with their whole heart, they are blessed.  In contrast, when they become passive and indifferent, they are dispersed and lose everything.

A Redeemer Leads Them Back to a Holy Land

Because of a series of do-it-our-own-way acts of disobedience, they become slaves to the Egyptians, working hard to build their pyramids and shrines. An ex-Egyptian king, a Hebrew called Moses, inspired this leaderless group of slaves to follow him to a promised Utopia-like land of milk and honey – Canaan. God revealed Himself to this group of slaves with divine signs and wonders and a continual supernatural cloud that they learned to follow through the desert.[3]

Then God asked Moses to build Him a tent of meeting. [4] King Solomon, Israel’s genius, a “Nobel prize winner”, constructed an impressive temple.  Solomon doubted that his temple could contain God almighty,[5] yet continued, and God visited the temple periodically with His cloud. [6]

Rulers and Kings – A Nation Divided

After Solomon, the nation was divided into the Northern Kingdom of Israel and the Southern Kingdom of Judah.  None of the kings of the ten tribes of Israel served God.  Eventually, God’s judgement came about at the hands of the Assyrians, whose foreign policy was to disperse and divide the nations they conquered among all its various subjects.

On the other hand, eight of the nineteen kings who reigned in Judah served God and brought about some reforms in their lifetime – for example, Hezekiah and Josiah.

Regrettably, they also continued a path of rebellion and disloyalty towards God, and God elevated the Babylonians to destroy everything. They flattened the walls, the temple and the city of Jerusalem.  The best young men became eunuchs in Babylon.

The Book of Lamentations came about as to how the remnant dealt with corporate grief. Then a young eunuch called Daniel, who became state secretary because of his accuracy of interpreting the king’s dreams, saw in the scriptures that this punishment would only last seventy-years.  During his ministry in Babylon, three pagan kings, one Babylonian and two Persians, acknowledged that the God of the Hebrews was the only true God.

God then used Ezra and one pagan ruler called Cyrus to fund and rebuild the temple, a smaller and more humble physical structure, but called it, “greater than the former” by the Prophet Haggai. [7] The Persian King Artaxerxes, permitted Nehemiah the cupbearer to rebuild the walls of Jerusalem in 52 days.  Malachi is the last Prophet who spoke the oracles of God before a 400-year silence and the arrival of Jesus Christ.

Following their return from exile, the people of Israel lived as a restored community in the land of Palestine. However, instead of learning from their past negative experiences and serving and loving God will all their heart, soul and strength, they became immoral and careless. The reforms initiated by the post-captivity leaders Nehemiah and Ezra had not prevented a severe spiritual decline among the Israelite population. Malachi, the scribe, was burdened with the spiritual problems of his people.[8]

God was reasoning with His people in a question-answer fashion.  God found their religious sacrifices contemptuous, fabricated, and insincere.  This half-hearted religion is evident in leaders who do not speak out against lawlessness while committing the same evils.[9] Their marriage covenants exhibited the same adultery and disloyalty of heart.[10] The withholding of tithes and offerings were further evidence of their passive resistance against God. [11]

Surprisingly the tone changes – there is a promise of open heaven!!

Through all these hundreds of years, the goal is still today: I want a people to be my sanctuary, my Eden, my delight, so that I can bless them to be a blessing to the nations.

The dialogue continues as the people complain by saying: ‘It is useless to serve God; What profit is it that we have kept His ordinance, And that we have walked as mourners before the LORD of hosts? (Mal 3:14). It seems that the wicked are more blessed than the righteous! This is the accusation against God!

The dialogue changes; this time, the people of God, the remnant, start speaking to one another! Then those who feared the LORD spoke to one another,  And the LORD listened and heard them; so a book of remembrance was written before Him For those who fear the LORD And who meditate on His name. “They shall be Mine,” says the LORD of hosts, “On the day that I make them My jewels. And I will spare them As a man spares his own son who serves him.” (Mal 3:16-17).

Heaven has been keeping a record, a book of remembrance, of eternal vindication of all the righteous acts of courage and faith.

The day of the Lord is coming. A “day” means a moment in time, a change of season. Salvation is always in one day. “shall a nation be birth in a day?” (Isa 66:8) All the great stories of deliverance in the Bible happened in one day! Sacred moments in time, where heaven meets earth.

But to you who fear My name The Sun of Righteousness shall arise with healing in His wings; And you shall go out and grow fat like stall-fed calves. You shall trample the wicked, for they shall be ashes under the soles of your feet. On the day that I do this,” Says the LORD of hosts. (Mal 4:2-3)

The Will of God – Jesus is Sanctuary!

Jesus is the fulfilment and enactment of this prophecy of an open heaven: Jesus is the day of the Lord. He is the birth of a new nation.  He is the gateway and entrance to a permanent spiritual sanctuary in the Spirit.

“And Jesus, having been baptized, went up straightway from the water, and lo, the heavens were opened to him, and he saw the Spirit of God descending as a dove, and coming upon him: and behold, a voice out of the heavens saying, This is my beloved Son, in whom I have found my delight.” (Mat 3:16)

Remember Jesus received this blessing before He did any miracle or drove out any demons. He got this divine heavenly endorsement being an ordinary artisan and faithful to His earthly parents.

Those in CHRIST experience an OPEN HEAVEN – a here on earth as it is in heaven reality! He showed us to live this reality (Heb 4:14-16). He fulfilled His earthly ministry from an open-heaven reality, temple, sanctuary, mobile, temporary tent-like body displaying and revealing God’s glory.

The Final Destruction of the Temple Made With Hands

Then Jesus went out and departed from the temple, and His disciples came up to show Him the temple. And Jesus said to them, “Do you not see all these things? Assuredly, I say to you, not one stone shall be left here upon another, that shall not be thrown down.” (Mt 24:1–2) see Mark 13:1-2; Luke 21:5, 6.

His Sanctuary Is His Church

For more on the Priestly mandate of the Church.

After all that Jesus had done, only 120 people [12] obeyed the command of Jesus to wait until they were endowed by power from heaven.  120 become 3000, and 5000, “and you shall be witnesses to Me in Jerusalem, and in all Judea and Samaria, and to the end of the earth.” The sanctuary of God is established and demonstrated throughout the earth! Being all of the goodness, and fullness of God and a blessing to the nations!

[4] Exo 25:8 H4720. מִקְדָּשׁ miqdāš: A masculine noun meaning a holy or sacred place, a sanctuary. As a nominal form from the verb qāḏaš (H6942), meaning to be set apart or to be consecrated, this noun designates that which has been sanctified or set apart as sacred and holy as opposed to the secular, common, or profane.