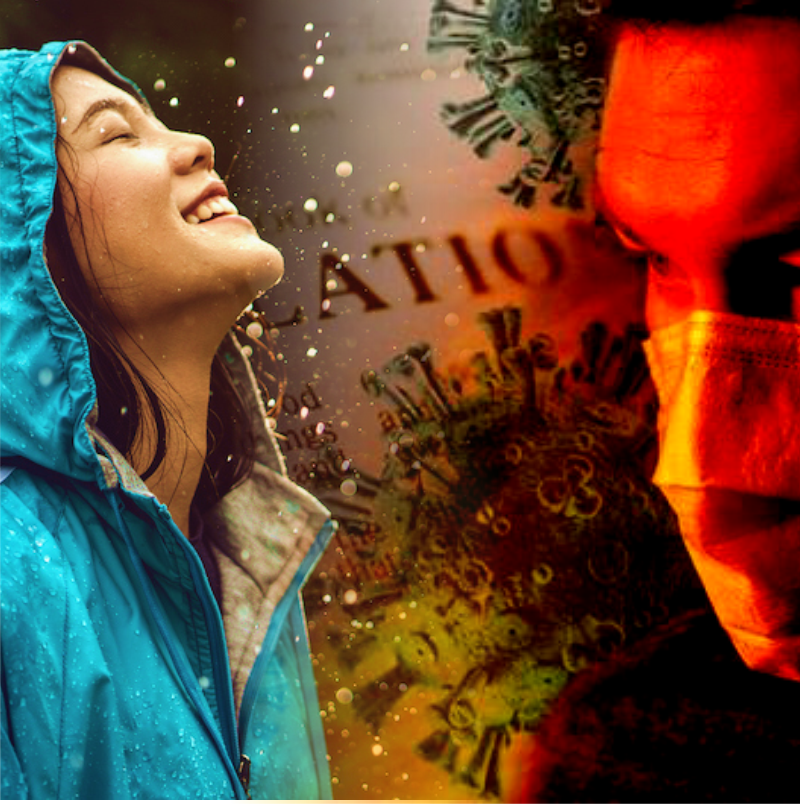 Most people remember INCEPTION the mind-bending dream-within-a-dream film about corporate espionage. It tells the story of a thief called Dom Cobb (Leonardo DiCaprio) who extracts corporate secrets using dream-sharing technology and the science of planting an idea in someone’s mind. Cobb says in the film: “The smallest seed of an idea can grow, and it can grow to define or destroy you.” Towards the end of the film, we realize that it was the idea that “Your world isn’t real” that led his wife to her tragic suicide.

Our thoughts are so powerful that they can determine the course of our lives.

There are two prominent scriptures about the war in our minds in the NT.

For we wrestle not against flesh and blood, but against principalities, against powers, against the rulers of the darkness of this world, against spiritual wickedness in high places. (Eph 6:12)

For though we walk in the flesh, we do not war according to the flesh. For the weapons of our warfare are not carnal but mighty in God for pulling down strongholds, casting down arguments and every high thing that exalts itself against the knowledge of God, bringing every thought into captivity to the obedience of Christ, and being ready to punish all disobedience when your obedience is fulfilled. (2 Cor 10:3-10)

For whom He foreknew, He also predestined to be conformed to the image of His Son, that He might be the firstborn among many brethren. (Rom 8:29)

These scriptures give us a biblical epistemology of how one receives ideas, knowledge and hence become actions and subconscious lifestyle.

Principality: Archḗ is the beginning of something, as the beginning of a line, road, and so forth. The line or road is conceived in one’s mind, but where he touches the paper to draw the line is the beginning of the line (Matt. 19:8; Mark 1:1; 10:6; 13:8). When talking to people one quickly begins to sense a particular Archḗ Principality that governs their life. Certain: Ideologies like racism, beliefs like evolution, emotions like anxiety, ideas about vaccines, and conspiracy theories. One almost wants to lose hope in humanity hearing with what conviction people speak the lies they believe.

The power of Ideas

Epistemologists study the nature, origin, and scope of knowledge

For ideas to become strongholds of belief they follow a certain process.

This shortlist of ideas, that becomes knowledge, that becomes actions can be positive or negative. It takes the same process to install a self-defeating, negative, destructive thought and the eventual sinful act than receiving an instruction from the Spirit and bearing His good fruit.

Jesus proposed radical ideas that when obeyed, have a distinct positive fruit in one’s life.

Some of Jesus’ Ideas that Sticked:

The Source of Knowledge determents you

The sources of our knowledge, and how we came to have this knowledge is empirical to the state of our being. Knowledge either makes or breaks you. We live in the age of a knowledge revolution. Never in the history of mankind has so much knowledge been so freely accessible to mankind. Knowledge used to cost you money, to earn a PhD, to isolate yourself into a study program. Now everyone searches google, and acquire knowledge in seconds. (Being lazy readers does not help) Not all this knowledge is good for you. Remember Adam and Eve, eating from the tree of KNOWLEDGE of good and evil.

The Bible is prescriptive: It is the knowledge of God that saves us!

may give to you the spirit of wisdom and revelation in the knowledge of Him, the eyes of your understanding being enlightened; that you may know what is the hope of His calling, what are the riches of the glory of His inheritance in the saints, and what is the exceeding greatness of His power toward us who believe. (Eph 1:17-19)

But even knowledge of God can be misleading, as the foremost pharisee scholar Saul discovered when He met Jesus face to face. (Acts 9)

It is thus the knowledge of the person of Jesus Christ, acquired by being on the journey with Him that leads to life! (John 14:6)

The Biblical Antivirus is:

The knowledge of God.  I would strongly suggest that the knowledge acquired through only one of the following sources, can lead to error. It is the sum-total of all that one engages on our spiritual journey with Christ that leads to truth.

How does one come to have knowledge of God?