Caring for the poor is the church’s mandate, not politician’s. 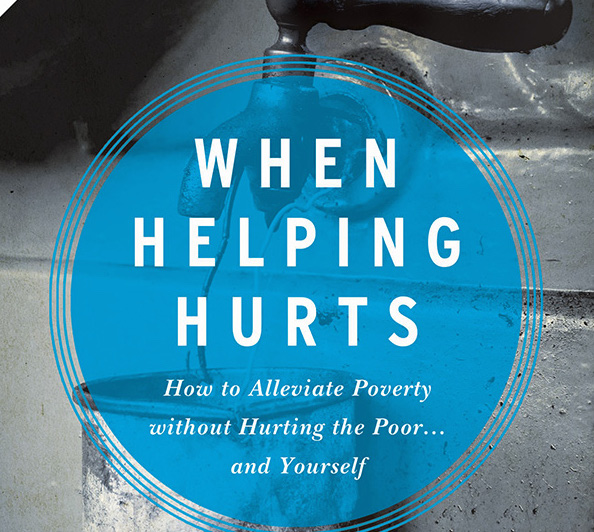 Caring for the poor is the church’s mandate, not politician’s. When politicians only fight for the plight of the poor, it will always be at the cost of those who are not poor. The mandate of politicians is providing good governance, for ALL it’s citizens! Poverty alleviation is a complex task, that cannot be addressed through a factory approach like SASSA, and one size fits all housing projects in SA. The poor is crying for true friends, that gets involved, and stay involved. Taking care of the poor is going to cost your all. You cannot approach it like sport-fishing, catch and release, where the prize is an photo trophy. This is why we all have to get involved as the church, no one person, philanthropist, or humanitarian can save the poor.

Summary of “When helping hurts” How to alleviate poverty without hurting the poor and yourself. Steve Corbett

What was the focus of Jesus’ Ministry?

And He was handed the book of the prophet Isaiah. And when He had opened the book, He found the place where it was written:

“The Spirit of the LORD is upon Me,

Because He has anointed Me

To preach the gospel to the poor;

He has sent Me to heal the brokenhearted,

To proclaim liberty to the captives

And recovery of sight to the blind,

To set at liberty those who are oppressed;

To proclaim the acceptable year of the LORD.”

Then He closed the book, and gave it back to the attendant and sat down. And the eyes of all who were in the synagogue were fixed on Him. And He began to say to them, “Today this Scripture is fulfilled in your hearing.” Luke 4:17–21 NKJV

When Jesus’ Ministry was tested and questioned by John the baptist:

Jesus answered and said to them, “Go and tell John the things you have seen and heard: that the blind see, the lame walk, the lepers are cleansed, the deaf hear, the dead are raised, the poor have the gospel preached to them. And blessed is he who is not offended because of Me.” Luke 7:22–23 NKJV

“Then they also will answer Him, saying, ‘Lord, when did we see You hungry or thirsty or a stranger or naked or sick or in prison, and did not minister to You?’ Then He will answer them, saying, ‘Assuredly, I say to you, inasmuch as you did not do it to one of the least of these, you did not do it to Me.’ And these will go away into everlasting punishment, but the righteous into eternal life.” Matthew 25:44–46 NKJV

This is the fulfillment of the OT plan God had for Isreal:

Learn to do good; Seek justice, Rebuke the oppressor; Defend the fatherless, Plead for the widow. Isaiah 1:17 NKJV

except when there may be no poor among you; for the LORD will greatly bless you in the land which the LORD your God is giving you to possess as an inheritance— Deuteronomy 15:4 NKJV

God gave Moses numerous commands instructing Israel to care for the poor. The Sabbath  guaranteed a day of rest for the slave and alien (Ex.  23:10–12). The Sabbath year cancelled debts for Israelites, allowed the poor to glean from the fields,  and set slaves free as well as equipping the slaves to  be productive (Deut. 15:1–18). The Jubilee year  emphasized liberty; it released slaves and returned  land to its original owners (Lev. 25:8–55). Other laws about debt, tithing, and gleaning ensured that the  poor would be cared for each day of the year (Lev.  25:35–38; Deut. 14:28–29; Lev. 19:9–10). The commands were so extensive that they were designed to achieve the ultimate goal of eradicating poverty among God’s people: “There should be no poor  among you,” God declared (Deut. 15:4).

God’s form of Government, and productive enterprise is always considering the poor.

Personal piety and formal worship are essential to the Christian life, but they must lead to lives that  “act justly and love mercy” (Mic. 6:8).

God’s answer to the poverty question of mankind is His kingdom:

The kingdom is the renewal of the whole world through the entrance of supernatural forces. As things are brought back under Christ’s rule and authority, they are restored to health, beauty, and freedom. Jesus Ministry started preaching the Kingdom: Mat 4:17 instructing His disciples to do the same: Luke 9:2; Luke 10:9 and the first church did the same: Acts 4:34; 10:45 The way God shows His Kingdom to the World is by using the poor, the weak and simple to display His glory: Listen, my beloved brethren: Has God not chosen the poor of this world to be rich in faith and heirs of the kingdom which He promised to those who love Him? James 2:5 NKJV For you see your calling, brethren, that not many wise according to the flesh, not many mighty, not many noble, are called. But God has chosen the foolish things of the world to put to shame the wise, and God has chosen the weak things of the world to put to shame the things which are mighty; and the base things of the world and the things which are despised God has chosen, and the things which are not, to bring to nothing the things that are, that no flesh should glory in His presence. 1 Corinthians 1:26–29 NKJV

Poor people typically talk in terms of shame, inferiority, powerlessness, humiliation, fear, hopelessness, depression, social isolation, and voicelessness. God established four foundational relationships for each person: a relationship with God, with self, with others, and with the rest of creation. These relationships are  the building blocks for all of life. When they are functioning properly, humans experience the fullness of life that God intended, because we are being what God created us to be.

According to Nobel Laureate Amartya Sen, it is this lack of freedom to be able to make meaningful choices—to have an ability to affect one’s situation—that is the distinguishing feature of poverty. Poverty alleviation is the ministry of reconciliation: moving people closer to glorifying God by living in right relationship with God, with self, with others, and with the rest of creation.

Material poverty alleviation is working to reconcile the four foundational relationships so that people can fulfil their callings of glorifying God by working and supporting themselves and their families with the fruit of that work. We are building people, leaders, community, an economic base, and capacity, not a product for profit.

The focus Of Jesus Ministry for 3 years was: Preaching and demonstrating the Kingdom, in power, and signs and wonders following.  Acts 10:38 This should be the primary focus of the church too! It is the keystone habit and focus that pulls all the other things we do in line.

The fruits of this focus will be:

The danger of abandoning the First Command, leads to all the other acts becoming dead rituals of humanitarian philanthropy without the Spirit, people being taken cared for, but never hearing the gospel, never getting filled in the Holy Spirit, never seeing the Kingdom Demonstrated and thus never come to the faith. This is a great paradoxical mystery, but the church should always be actively and seamlessly involved in both the supernatural and the humanitarian, like Stephen who was working at the tables serving the widows, and did mighty signs and wonders. Acts 6:8.