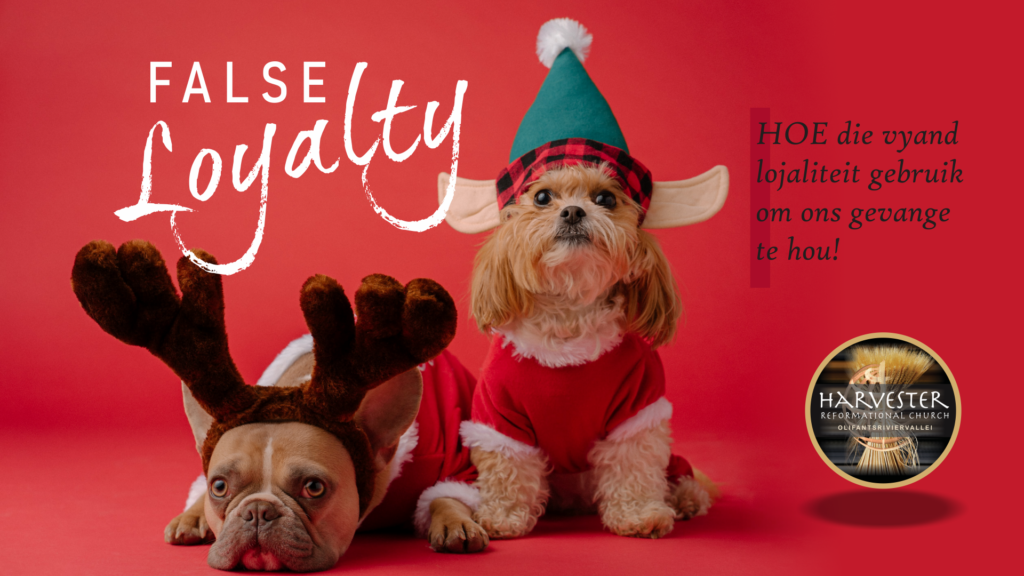 Confused about your loyalty to an evil employer, compromising friend, wandering church leader, manipulative family? LEARN from Jesus to CHOOSE RIGHT over false loyalty to the traditions of man!

Definition: Misplaced loyalty (or mistaken loyalty, misguided loyalty or misplaced trust) is loyalty placed in other persons or organisations where that loyalty is not acknowledged, is not respected, is betrayed, or is taken advantage of. It can also mean loyalty to a malignant or misguided cause.

What is loyalty? Loyalty is a dimension of faithfulness. Loyalty is faith in action as it relates to trust and accountability in a relationship. Loyalty is a display of honour. Loyalty is defined by the World English Dictionary as a feeling of allegiance. Allegiance is connected with the word ally. When you are loyal you are an ally. The word ally is closely related to military operations. Allies are those that stand with you during a war. This is loyalty. When you are loyal you are tied to a person, a vision, a church through good times and bad times.

Examples of false, or misguided loyalty

– Stockholm syndrome – strange connection some hostages have with kidnappers

– Loyalty without honesty – is not a true friendship

– Group identity populism – the madness of crowds, the parasitic mind, “I am a victim therefore I am”

– Loyalty because of collective suffering

– Loyalty to sub-standards – fear of change

– No loyalty or commitment – church-hopping – no alliances

– Fear of change and lack of vision – ignorance

God calls on our allegiance, faithfulness, and loyalty to Him alone.

Let your heart therefore be loyal to the LORD our God, to walk in His statutes and keep His commandments, as at this day.” 1 kings 8:61

A good example of false loyalty: And he walked in all the sins of his father, which he had done before him; his heart was not loyal to the LORD his God, as was the heart of his father David. 1 Kings 15:3

Jesus showed no loyalty to the institutions of man:

His own family – But He answered and said to the one who told Him, “Who is My mother and who are My brothers?” And He stretched out His hand toward His disciples and said, “Here are My mother and My brothers! For whoever does the will of My Father in heaven is My brother and sister and mother.” (Mat 12:46-50)

Scribes & Pharisees – Mat 25 the condemnation of the woe’s

This does not mean Jesus was rebellious and operated alone in disdain against every formal institution. He consistently called out the wrong (harmful to the ecosystem) conduct that holds people in bondage.

When Loyalty to God is expressed by our loyalty to a godly cause.

“But Ruth replied: Don’t plead with me to abandon you or to return and not follow you. For wherever you go, I will go, and wherever you live, I will live; your people will be my people, and your God will be my God. Where you die, I will die, and there I will be buried. May the Lord punish me, and do so severely, if anything but death separates you and me.” (Ruth 1:16-17, CSB)

“Jonathan made a covenant with David because he loved him as much as himself. Then Jonathan removed the robe he was wearing and gave it to David, along with his military tunic, his sword, his bow, and his belt.” (1 Samuel 18:3-58, CSB)

Now when Moses saw that the people were unrestrained (for Aaron had not restrained them, to their shame among their enemies), then Moses stood in the entrance of the camp, and said, “Whoever is on the LORD’s side—come to me!” And all the sons of Levi gathered themselves together to him. And he said to them, “Thus says the LORD God of Israel: ‘Let every man put his sword on his side, and go in and out from entrance to entrance throughout the camp, and let every man kill his brother, every man his companion, and every man his neighbor.’ ” So the sons of Levi did according to the word of Moses. And about three thousand men of the people fell that day. Then Moses said, “Consecrate yourselves today to the LORD, that He may bestow on you a blessing this day, for every man has opposed his son and his brother.” Exo 32:25-29