How does God see finances? 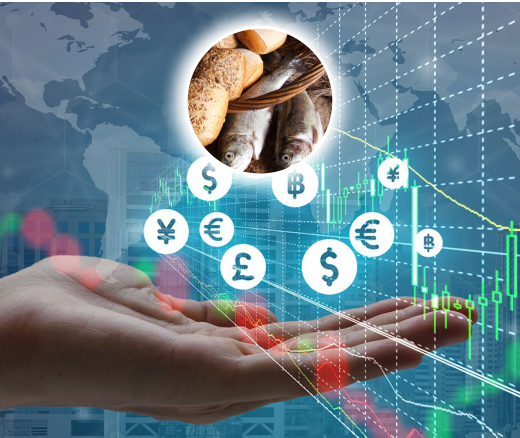 Money, in and of itself, has no actual value; it can be a shell, a metal coin, or a piece of paper. Its value is symbolic; it conveys the importance that people place on it. Money derives its value by virtue of its functions: as a medium of exchange, a unit of measurement, and a storehouse for wealth. Before money was invented, people acquired and exchanged goods through a system of bartering, which involves the direct trade of goods and services.  Money doesn’t have a life. It cannot act on its own. It cannot do good deeds, and it cannot commit crimes. Basically, it’s neither good or bad. Money takes on the form of the one who controls it.

The Bible is explicit to explain how not to make money!

God did not invent money, currency, or promissory notes. He does not bless us with money “raining from the sky”. We live from every word that proceeds out of His mouth (Mat 4:4). God is our source, not money or an income.  When we obey Him, He will provide.

What is the currency of heaven?

It is called FAITH, not beliefs, faith that is backed-up by works and actions.  By faith we understand that the worlds were framed by the word of God, so that the things which are seen were not made of things which are visible (Heb 11:1,3,6).

Calling ten of his [own] bond servants, he gave them ten minas [each equal to about one hundred days’ wages or nearly twenty dollars] and said to them, Buy and sell with these while I go and then return. (Luk 19:13 Amp).

The meaning of the word PRAGMATIC: 4231. πραγματεύομαι pragmateúomai; fut. pragmateúsomai, mid. deponent from prágma (G4229), matter, business. To be doing, to be busy, occupied, to do business, to trade or traffic (Luke 19:13). Deriv.: diapragmateúomai (G1281), to gain by doing business, to bargain; pragmateía (G4230), a transaction, affair.

Even our spiritual work is based on the principle of Pragma: distributing all manner of healing, deliverance, freedom, exorcism, salvation, exhortation in the name of Jesus, as a representative of His Kingdom.

“Crucible work” (work refined by fire) births the core values of character. Work is the greatest remedy available for both mental and physical afflictions. BUT like physical exercise people can get addicted to work, and become too busy to make time for God. Daniel’s excellent work was based upon his prayer life (Dan 6:1-5).  Believers’ work is rooted in their faith, and dependence on God.

For the love of money is a root of all evils; it is through this craving that some have been led astray and have wandered from the faith and pierced themselves through with many acute [mental] pangs. 1 Timothy 6:10

Money and prosperity follow and prevail where there is Justice, Fairness, Generosity, Order, Integrity, Faithfulness, Passion, Innovation and Hard work.

Glorify God through your work: 1Cor 10:31. May your good works glorify your father in heaven. Mat 5:16. We join with fellow believers to be filled, armoured, strengthened, to go out and fight the war in the marketplace every day.  Some dualistic Christianity teachings sees the world, work as secular, foreign, and evil. Although the Bible is clear that we should have no part in the world, it speaks of worldly thinking.  Brother Lawrence taught us to practice God’s presence in everything we do. If we sweep the floor, let it be with thankfulness and joy, praising our Maker! If we build or create something, let it be with the inspiration and imagination of the Creator.

Let the thief steal no more, but rather let him be industrious, making an honest living with his own hands, so that he may be able to give to those in need. Eph 4:28.  The innermost heart of humanity isn’t about ownership. Jesus Christ practiced a life of making many rich, yet He owned no land, and left behind no earthly possessions. A man’s true wealth is not determined by what he owns, but by what he gives away. The Christian Church grew most rapidly in the first 300 years. (Stark 1997:161–162; Hirsch, 2006:18-22; Viola & Barna 2008:246–250). The Christian Church became the State Religion because of its exemplary demonstration of intrinsic critical values: great acts of mercy and kindness • mutual support and love • self-control • respect for life. • To do good to each other. • Avoid evil such as theft, deceit and jealousy. • Show hospitality to strangers. • Take care of each other and share their food with each other. • Prove mercy toward all people. • Conduct care and nursing of the sick. • Households testify to dignity, personal responsibility, honesty and obedience. • Ethnic variety is accepted. • Women, children and slaves are treated with respect. • Respect for life prevents abortion and childhood murder. • Martyrdom and the willingness to ‘ take up your cross ‘ (see Mark. 8) [2]

This giving is directed to be caring for the poor: Pure and undefiled religion before God and the Father is this: to visit orphans and widows in their trouble, and to keep oneself unspotted from the world (James 1:27)

The original meaning of economy:

Oikonos: “Who then is that faithful and wise steward, whom his master will make ruler over his household, to give them their portion of food in due season? Luke 12:42-48

The worldview of individuality, selfies, self-centered-gain-for-my-pleasure has caused us to become alienated from local families. The internet has made the world smaller and has caused a wonderful convergence of resources and opportunities. But God’s economy is always centered around the family.

Meaning of steward: οἰκονόμος oikonómos; gen. oikonómou, masc. noun from oíkos (G3624), house, and némō (n.f., see aponémō [G0632]), to deal out, distribute, apportion. An administrator, a person who manages the domestic affairs of a family, business, or minor, a treasurer, a chamberlain of a city, a house manager, overseer, steward. The concept of oikonomos (steward) refers to the  person responsible for the business affairs of a household. This Greek term later became the English word economy. Helmut Gollwitzer a concerned pastor, theologian and thinker known as a democratic socialist debated that regardless of our Christian political biases; we need to strive toward a social togetherness – “perfect togetherness without any conflict.” [3] This local community togetherness and economic justice cannot be achieved politically, culturally, economically or legislatively! #supportlocal #buylocal is becoming important new trends again. We need one another. We need our neighbours.