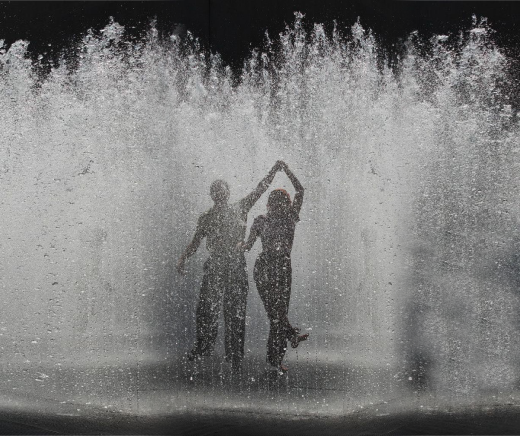 The Power to Change

According to JB Peterson, of a hundred people prescribed a drug, one-third of them won’t fill the prescription. Half of the remaining sixty-seven will fill it, but won’t take the medication correctly. They’ll miss doses. They’ll quit taking it early. They might not even take it at all. Every year we make New Year resolutions, we do not keep. We buy gym equipment we never use. We start diets we never finish. 50% of children will drop-out of School at Grade 9. Only 26% of graduates finish their 3-year-degrees on time. Some people are stuck in an abusive relationship. Others cannot get themselves to forgive an offence. Many people are bound to destructive habits and substance abuse. 83% of prisoners will recommit a crime within 9 years of their original imprisonment.

The Bible is a collection of stories of people who made a radical change in their life. Abraham leaving his homeland Ur of the Chaldeans, on a promise that he will be the father of many, a new kind of people / culture / race. Moses had an encounter at a burning bush looking after sheep and became a leader of slave-nation. Joseph rejected and sold into slavery by his brothers to become a prisoner became second-in-charge of Egypt. David a shepherd boy became a king. Daniel exiled, lost his name and his manhood but became an administrator in Babylon, Persia under three kings. The Prophets were a collection of farmers, officials and judges who had a voice to speak directly to kings and rulers. The point is: The Bible is a collection of personal transformational stories.

Let’s look at our main Text: But we all, with unveiled face, beholding as in a mirror the glory of the Lord, are being transformed into the same image from glory to glory, just as by the Spirit of the Lord. (2 Cor 3:18)

I beseech you therefore, brethren, by the mercies of God, that you present your bodies a living sacrifice, holy, acceptable to God, which is your reasonable service. And do not be conformed to this world, but be transformed by the renewing of your mind, that you may prove what is that good and acceptable and perfect will of God. (Rom 12:1-2)

My little children, for whom I labor in birth again until Christ is formed in you. (Gal 4:19)

The Greek word for transformation used in these above mentioned verses is metamorphosis. The definition of metamorphosis is “a profound change in form from one stage to the next in the life history of an organism, as from the caterpillar to the pupa and from the pupa to the adult butterfly.”

Jesus announced and gave an invitation to change and receive Heaven ~ God’s Kingdom order of things (Mat 4:17). The first miracle Jesus did (John 2) is important because of the “first-mention” principle ~ He changed water into wine. He did that in an instant. It was a beautiful image that He did in a moment that a repetitive ceremonial “mitzvah”- washing could not do over a lifetime. He explained this concept theologically to Nicodemus in John 3 ~ the importance of being born again (1 Pet 1:23). The change Jesus offers is not pasting an outward plaster on the deep bruising hurt, He changes us from within! He changes the INSIDE (2 Cor 5:17).

This experience can only be received as a gift. We cannot work this Change. He works it in us (Phil 2:13). The power of Jesus to change us is greater than the power of Satan to enslave us.

Additionally, Jesus is calling His followers a group of radically changed and transformed people to become Change-Makers – social transformers! His purpose statement makes it clear: “Let your kingdom come here on earth as it is in heaven”. In other words, let’s make this world like paradise. “Oh how I long for heaven in a place called Earth.” This Purpose Statement Jesus made is profound and powerfully transformative because it gives us a reason to change. It gives our lives meaning! Meaning is important, for it makes us feel good. It is empowering for we can see the real proof of meaning in the good we produce and do. We get positive feedback from the people we have helped and served, nurturing a new positive feedback cycle.

The destruction of the addictive, distorted, slavery-feedback-cycle of self-centered, narcissistic, empty, disillusioned self-destructive life is cancelled and redeemed. We become like our Saviour: who went about doing good and healing all who were oppressed by the devil, for God was with Him (Acts 10:38).

Paul understood the phenomenon first-hand, he converted from a learned Jewish Pharisee to an apologist for the Jesus Movement. In this passage, he explained a progression from intermittent OT divine encounters to a NT permanent transformative power. Moses had an encounter with God that changed him, but it did not change the Jews. They could not look at God’s glory that transcended through him so he had to wear a veil in public. Later, when the immanent glory of God retracted, he kept wearing the veil, fashioning an illusion of superior religiosity. What a terrible delusion! This truth uncovers the poor play-acting of religious pious outward actions and rituals, and performance without the inner glory! No one is transformed under this cloud of fleshly purposed intent.

Someone asks me recently: What does truth feel like? Freedom is my immediate response. Now the Lord is the Spirit; and where the Spirit of the Lord is, there is liberty (2 Cor 3:17). True victory over sin; missing the mark of changing this world to become a paradise, is celebrated in a responsible sense of freedom. Freedom is not to indulge in passions, self-wills and desires that eventually makes me a prisoner of my vices.

Freedom is to partner with God and produce good. Think of the Freedom one feels, when giving to someone in need or achieving a difficult task. Imagine the freedom of climbing a mountain reaching the summit! To achieve these glorious pursuits, one had to give up expedience, comfort, and risk failure.
Finally, this climax of this passage is: But we all, with unveiled face, beholding as in a mirror the glory of the Lord, are being transformed into the same image from glory to glory, just as by the Spirit of the Lord.

Biblical change is not about programs, rituals, methods, books, facts, or knowledge. Change is a person: when people saw Him, with an unveiled face they changed – period!! Paul, Peter, the man on the cross, and the many sick He healed and delivered all experience this transformational reality – an encounter with the Truth!

This encounter with Jesus is like tuning a guitar. It is never done once and for all. We lose “tune” very quickly because of atmospheric conditions and use. We need to continue to walk with God like Adam and Eve in the garden, keep proximity, so to remain in Him (John 15) and continue to Love Him and do His commands. This journey becomes a path of making small corrections, like keeping a car on the road. Walking with Jesus means walking with fellow sojourners and pilgrims. This collective salvation and revelation of Christ in and among us, not only inspire change through testimony, but also accountability in discipleship.

This change is continual, as we are constantly offering new wineskins to receive the continual new wine of the Holy Spirit!

The ecosystem of the JESUS Movement is all about CHANGE: