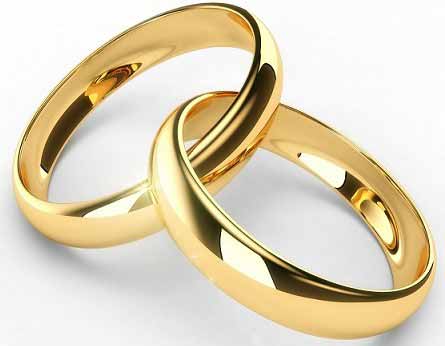 The Hebrew word for covenant is beriyth, which means “a solemn agreement with binding force.” Though its etymology is uncertain, beriyth may come from a root word meaning “to cut.” The connotation is that of a cutting of the flesh causing blood to flow out; thus, the Hebrew expression speaks of “cutting covenant
Time after time, the Scriptures describe marriage as a covenant. In Proverbs 2:16-17 we read, “[Wisdom] will save you also from the adulteress, from the wayward wife with her seductive words, who has left the partner of her youth and ignored the covenant she made before God.” These verses indicate that the wife, in marriage, enters into a sacred covenant with God and her husband. In Malachi 2:14 we read that the husband, in marriage, also enters into a covenant with God and his wife: “She is your partner, the wife of your marriage covenant.”

And Adam said: “This is now bone of my bones And flesh of my flesh; She shall be called Woman,
Because she was taken out of Man.” 24 Therefore a man shall leave his father and mother and be joined to his wife, and they shall become one flesh. 25 And they were both naked, the man and his wife, and were not ashamed.  (Ge 2:23–25).
Therefore what God has joined together, let not man separate.” (Mt 19:6).

The oneness of covenant is beautifully illustrated in an old wedding tradition called the “covenant of salt.” Diane Warner, author of The Complete Book of Wedding Vows, explains that when a husband and wife pour individual bags of salt into a single, third bag, they are symbolizing the total mesh-ing of their two lives into one, to the point that separation is virtually impossible:

“For the past two years I have had a growing concern that the Christian community has passively watched the “dumbing down” of the marriage covenant. Marriage has become little more than an upgraded social contract between two people—not a holy covenant between a man and a woman and their God for a lifetime. In the Old Testament days a covenant was solemn and binding. When two people entered into a covenant with one another, a goat or lamb would be slain and its carcass would be cut in half. With the two halves separated and lying on the ground, the two people who had formed the covenant would solemnize their promise by walking between the two halves (Ed note: see Covenant: A Walk into Death) saying, “May God do so to me [cut me in half] if I ever break this covenant with you and God!” You get the feeling that a covenant in those days had just a little more substance than today.” (from The Covenant of Marriage)

The security given to guarantee the fulfillment of a covenant was usually an oath. For men, it was an oath of such solemn character that it partook of the nature of I will or testament. The idea is that just as a testator cannot change his will when dead, so neither can a covenanter change his covenant. One way in which this was signified was by the slaying of an animal, dividing it into two parts, and then the passing of both parties between the halves (Gen 15:9).

“Divorce,” writes Jim Smoke in his book Growing Through Divorce, “is the death of a marriage and is usually surrounded by a cast of players that includes the husband and wife as combatants, the children as the mourners, and the lawyers as the funeral directors.” During the past fifty years, we have trivialized divorce, claiming that it’s no big deal; privatized divorce, saying that it’s no one else’s business; and glorified divorce, promising freedom and happiness. Lies. All lies! “Till death do us part” has been replaced by “as long as I’m happy.”

COVENANT WITH WHAT I ALLOW MY EYES TO SEE:

“I have made a covenant with my eyes; Why then should I look upon a young woman?” Job 31:1

COVENANT IS A PUBLIC CONFIMATION:

2 Kings 23:2-3 King Josiah made a public covenant before all the people.

COVENANT MUST COST YOU SOMETHING:

2 Sam 24:24 “No, but I will surely buy it from you for a price; nor will I offer burnt offerings to the Lord my God with that which costs me nothing.”

ALL HUMAN COVENANTS ARE BILATERAL AND CONDITIONAL.

There are restrictions and obligations.  You give up friends, self-interests, even your own dreams by making a covenant of Marriage. But it has to be both parties that equally make sacrifices.

Gen 17:10–11 Circumcision. Why put the sign in one’s most private part?
The heart is secret, and it is in the heart where one first remain loyal!

The Hittite treaties called a long list of deities to witness the document. In the Sinai and other biblical covenants pagan gods were obviously excluded. Instead, memorial stones could be a witness (Ex 24:4; cf. Josh 24:27); heaven and earth were called upon as witnesses (Deut 30:19; 31:28; 32:1; cf. 4:26); the scroll of the law was deposited by the side of the ark to be a witness (Deut 31:26); and Moses’ song itself would remind the people of their covenant vows (Deut 31:30–32:47). In the covenant renewal service at the end of Joshua’s life the people themselves acted as the witnesses (Josh 24:22).

revival occurred in Israel after Athaliah, the idolatrous Judean queen, was dethroned. We read in 2 Kings 11:17 that Jehoiada, the priest, “then made a covenant between the LORD and the king and people that they would be the LORD’S people.”

“A cord of three strands is not quickly broken” (Ecclesiastes 4:12). Covenant marriage, as divinely planned, is a binding together of three persons: a man, a woman, and Almighty God. As long as the couple stays in close contact with each other and with God, they have an unbreakable bond.

CHRIST AS THE FULFILLMENT OF THE COVENANT:

Col 2:13-14; Gal 3:14; Heb 7:22; 9:15
To marry by contract is to say, “Now, that I’ve signed on the dotted line, what do I get? How are you going to meet my needs—and even my greeds?” The focus is on receiving. In contrast, to marry by covenant is to say, “I am giving myself to you unconditionally. What may I bring to this relationship? How may I serve you?” The focus is on giving. Be-cause of this difference in focus, covenant and contract bring entirely different attitudes to a marriage relationship, as the following chart shows:

“Entreat me not to leave you,
Or to turn back from following after you;
For wherever you go, I will go;
And wherever you lodge, I will lodge;
Your people shall be my people,
And your God, my God.
17      Where you die, I will die,
And there will I be buried.
The Lord do so to me, and more also,
If anything but death parts you and me.”
(Ru 1:16–17).