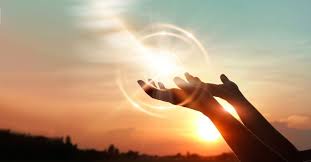 People love promising, undeserved good news! Possibly the best news to a condemned guilty heart is receiving forgiveness! Like Clanwilliam dam, it feels as if the floodgates of one’s heart overflows with joy and gratitude.  Forgiveness came at a great price in Jesus’ time. One had to bring an unblemished set-aside lam to be sacrificed, according to precise customs and rituals.

Jewish tradition does not understand human imperfections as being the result of an “original sin” by Adam and Eve in the Garden of Eden.1 Sin is the result of our negative human tendencies or inclinations,2 known in Hebrew as the yetzer hara(the inclination toward evil)3, which must be channeled in ways that affirm life by the influence of the yetzer hatov (the inclination to goodness). The word in Hebrew for sin (ḥet) literally means something that goes astray, like an arrow that misses the mark. When an archer misses the target, it is not a permanent failure. Rather, an archer can keep trying to get arrows closer to the target and ultimately to its center.

And again He entered Capernaum after some days, and it was heard that He was in the house. Immediately many gathered together, so that there was no longer room to receive them, not even near the door. And He preached the word to them. Then they came to Him, bringing a paralytic who was carried by four men. And when they could not come near Him because of the crowd, they uncovered the roof where He was. So when they had broken through, they let down the bed on which the paralytic was lying.

When Jesus saw their faith, He said to the paralytic, “Son, your sins are forgiven you.”

And some of the scribes were sitting there and reasoning in their hearts, “Why does this Man speak blasphemies like this? Who can forgive sins but God alone?”

But immediately, when Jesus perceived in His spirit that they reasoned thus within themselves, He said to them, “Why do you reason about these things in your hearts? Which is easier, to say to the paralytic, ‘Your sins are forgiven you,’ or to say, ‘Arise, take up your bed and walk’? But that you may know that the Son of Man has power on earth to forgive sins”—He said to the paralytic, “I say to you, arise, take up your bed, and go to your house.” Immediately he arose, took up the bed, and went out in the presence of them all, so that all were amazed and glorified God, saying, “We never saw anything like this!” (Mark 2:1-12)

Burnt Offering – To propitiate for sin in general, Original sin; a means of approach by unholy people to holy God – Signifies propitiation for sin and complete surrender, devotion, and commitment to God. – Lev 1; 6:8–13

Sin offering -To atone for specific transgressions where no restitution was possible – Made by one who had sinned unintentionally or was unclean in order to attain purification. –    Lev 4:1–5:13; 6:24–30; 12:6–8

Tresspass Offering – To atone for specific transgressions where restitution was possible, damages computed at six-fifths payable in advance.

There are three miracles of Jesus in this passage: the forgiveness of sins, the discernment of the private thoughts of the scribes, and the cure of the paralytic.

The heart of the text is God’s forgiveness and the authority of Jesus. One can be forgiven without being healed, and one can be healed without being forgiven. It is God’s intervention in human predicament through Jesus Christ, who has power to forgive and heal.

Παραλυτικός (paralytic) is a disease that begins in one’s legs and proceeds quickly to the arms and neck, generally being fatal within three weeks’ (Verbrusse 2000:437). It is a neurological disease, which was very prevalent in Palestine during the time of Jesus. Often, it was as a result of an accident, tuberculosis, polio and spine defects

The removal of the roof by the four was not an act of vandalism but the expression of faith.  Imagine the moment, Jesus teaching, and then the commotion on the roof, the opening of a big enough space to allow the man to be lowered. This must have taken a couple of minutes. Everyone was captivated by the bold and courageous tenacity of these four men.

The remark of forgiveness of sins suggests that the paralysis was caused by the paralytic person’s or his parents’ sin(s). This assertion is substantiated in John 9:2, when the disciples asked Jesus if the blindness of the man was caused by his sins or the sins of his parents.

Jesus was not a priest to take offerings for ritual forgiveness.

Jesus demonstrated a new and living way to the throne of God directly!

The book of Hebrews unpack this new ORDER chapter for Chapter, Jesus is better than Angels, the High Priest, The sacrificial Lamb, the Temple! He is our atonement and reconnection with the Father!

Therefore, brethren, having boldness to enter the Holiest by the blood of Jesus, by a new and living way which He consecrated for us, through the veil, that is, His flesh, and having a High Priest over the house of God, let us draw near with a true heart in full assurance of faith, having our hearts sprinkled from an evil conscience and our bodies washed with pure water. Let us hold fast the confession of our hope without wavering, for He who promised is faithful. (Heb 10:19-23)

The fact that this man was never asked to repent before forgiveness is offered is unthinkable!

Meaning: When you come to the Father in Faith in Christ Jesus, you will find Him ready to forgive your sins, but also heal you from the consequences of sin! This is wonderfully good news!! How is this even possible? How does it work? Can I just come? Yes with bold and tenacious faith like these four friends, break through all the barriers, crowded room, restrictions and receive healing!! Jesus is here, ready to forgive and heal!

The healing happened when Jesus gave the command: Take up your bed and walk! When this man stood up to obey the instruction of Jesus, He received power in his arms and legs.  Some people are paralyzed by sin and disease! When we come in bold faith, and penetrate the heavenlies by this new and living way, we receive POWER to overcome!!

Hear the Good news today!! Jesus is here waiting to forgive and heal you from all your iniquities, sins and transgressions!!

If we confess our sins, He is faithful and just to forgive us our sins and to cleanse us from all unrighteousness.(1 Jon 1:9)