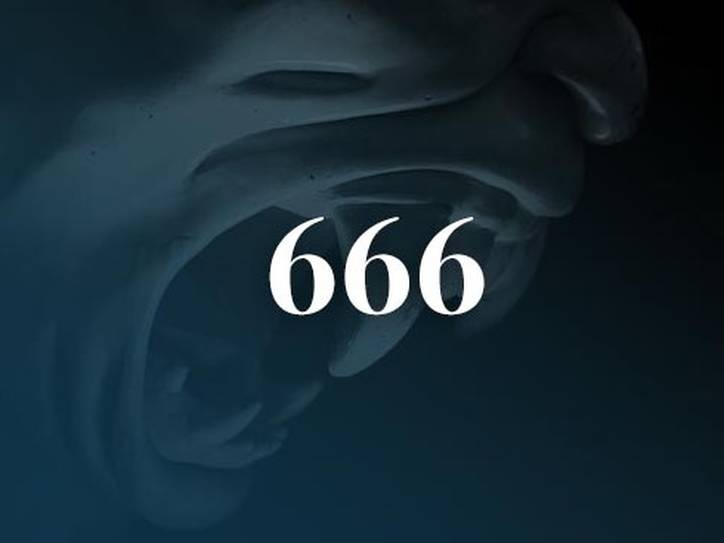 The protestant church has consistently been infected by anti-institutional viruses for more than 500 years! Institutions are depicted as inherently evil, forcing and manipulating the weak. Any group that regularly meets, become a system, and eventually an institution. There are surely good systems and bad ones.  God’s system the CHURCH (ekklesia) is called to be a HEALING, redemptive, reconciliation, empowering COMMUNITY-FAMILY system.

The ultimate test of any religion, ideology or worldview is the benefits it ultimately brings to the poor, the marginalized and oppressed.  If we say we are Christians, we have to take poverty seriously.

The simple truth regarding the plight of the poor and COVID 19 vaccines are: They could not care, most of them will possibly never see a vaccine in their lifetime. If they are lucky to receive a COVID 19 vaccine they will most possible soon die of other infections and curable diseases. What COVID 19 has amplified, is how unequal our western/modern/capitalist/privileged economy is. Consumer self-interest and convenience has driven us into an unnatural unhealthy rat race disproportionate to our humanity. It is this radical unequal economy and society who has caused this virus in the first place.

I propose this economic-anti-Christ humanist-secular system is the real enemy of the church. Most people are taking on 2-3 jobs to survive economically leaving little or no time for prayer, mediation or volunteer ministry work.  It is increasingly difficult to LIVE the LIFE and values of Christ in this current economic system.

Over the centuries the number 666 has been associated with the papacy, freemasons, Israel, Islam, Iron Maiden, and possibly every movie ever made with apocalyptic themes. In recent decades, conspiracy-minded individuals who combine idiosyncratic interpretations of the Bible with fears that evil governmental or religious forces are overtaking society have variously interpreted 666 as a reference to the United Nations, some presidents of the United States, the Washington Monument, and the European Union. It is easier to point to a foreign enemy out there than to expose the materialistic, consumer-convenience, apathy within our ranks!

Given the commercial associations with 666 in Revelation, such interpreters also commonly identify the flexible symbol with the modern barcode system, the “www” of the Internet’s prefix for the World Wide Web, RFID seals used for tracking and identification, and smart cards used for cashless swiping. Such conspiratorial speculation unhelpfully feeds the phobias of some, whose fear of the number 666 has yielded a new term: “hexakosioihexekontahexaphobia.” [3]

Dr Riekert Botha explains the number as in contrast to the number 777, which means threefold perfection. The number 666 is “the number of a man” as opposed to God. It is man in opposition to God. The number says man-man-man or imperfect-imperfect-imperfect. One commenter also translated it as failure-failure-failure. Another way to put it: Me, Me, Me or self, self, self. Church History proofs that the human-self-centred spirit of man as the greatest enemy of the way of Christ bringing division, controlling and manipulation and infigting.

I agree with William Hendriksen’s explanation and interpretation of “the mark of the beast”. Throughout Jesus’ ministry, He focused on the heart. It is from the well-spring of the heart from which all evil proceeds! (Mat 12:34) God looks not to the mark of the flesh, but the mark of a circumcised heart. (Col 6:15; Rom 2:28; Deut 10:16) People whose hearts have been touched perspective of life changes, they do business differently. The redemption of the heart leads to the redemption of one’s evil and unjust ways of acquiring wealth. The enactment of the spiritual Jubilee recorded in Acts was the first sign of the huge change of heart, when no one lacked, because of the sharing of the first believers. (Acts 4:34)

Of greater importance to me, than the threat of receiving the mark of the beast, is whether one has received the mark of righteousness! (Ezek. 9:4, 6; Rev. 14:2; 7:3; 22:4) Without this mark, you will not enter the Kingdom/heaven’s eternity with God. Those who are born again and who have received the Holy Spirit have been sealed (marked). (2 Cor 1:22) It is like Jesus says: You cannot hide this light. (Mat 5:14) Followers of Christ always carry the sign of death (2 Cor 4:10) as we continue to live a surrendered, abandoned life unto Christ. (Mat 16:24) Our quest should be to question people boldly about their faith in Christ Jesus alone! Have they bowed their knees to Him in surrender, to now live His WAY of LIFE?

In Hellenistic literature “making a mark” referred to a mark on the body—like a tattoo—usually put on a runaway slave. Paul said that he bore in his body the “marks” (stigmata) of Jesus. He was not ashamed of the stigma. (Rom 1:6) At one stage Peter ran from a stigma—when he denied knowing the Lord. But the day came when he embraced it. Sometime later Peter and John could hardly believe how blessed they were that they were privileged to bear the stigma of Jesus. Having been warned and flogged by the Sanhedrin, they left the Sanhedrin “rejoicing because they had been counted worthy of suffering dis-grace [“shame,” KJV; “dishonour,” ESV] for the Name”

Persecution has many forms. Hidden persecution is happening right NOW within an evil/unjust system where everyone is doing and covering-up wrong-doing. It is clear from learning from the Zondo commission; that corruption is a social-cadre-deployment-comrade-loving enterprise. “You will give me the job although I am not qualified, because of your affinity with the struggle against white monopolies.” Almost every sector in the economy is plagued by unjust systems of control or poor remuneration. How can we as believers make a stand? This is where our testimony and faith count most. Should you keep your business open on Sunday’s? How does your need for production infringe on your worker’s responsibility to also be good parents? Are you paying your workers a worthy compensation as you would your own family members? Are you good stewards of the natural resources available?

The true CHURCH will become a safehaven/eden for those who obey Him.

The Babylonian economy is where the real battle is fought, with sometimes severe casualties like losing jobs, forfeiting profit, closing down of the business. The biggest plight of the poor and marginalised in South Africa is INCLUSION. Doing business and getting your product sold to the 5 main retail monopolies in SA, is almost impossible. Is this not already what the Book Revelation is speaking about? “and that no one may buy or sell except one who has the mark or the name of the beast, or the number of his name.” (Rev 13:17) Already this Babylonian-economy is dictating to society through media, and television its demonic anti-family, self-saving, everything-goes-no-consequences, humanistic-super-hero doctrines! Surely this is a much greater threat to the church than a COVID 19 vaccine?  But take note: this Babylonian tyranny is said to fall, and come to an end. (Rev 14:8; 18:1-8) More importantly, there is a direct command to the church to: “Come out of her, my people, lest you share in her sins, and lest you receive of her plagues.” (Rev 18:4)

The essence of the number 666, and it’s biblical meaning is clear: for it is the number of a man (Rev 13:18; 21:17). This spirit of man has been an enemy of the church from the beginning of time. It is this spirit of man in Peter that Jesus rebuked: “Get behind Me, Satan! You are an offense to Me, for you are not mindful of the things of God, but the things of men.” The arm of the flesh opposes the things of the spirit. “It is the Spirit that quickens; the flesh profit nothing” (John 6: 63). “For those who live according to the flesh set their minds on the things of the flesh, but those who live according to the Spirit, the things of the Spirit. For to be carnally minded is death, but to be spiritually minded is life and peace. Because the carnal mind is enmity against God; for it is not subject to the law of God, nor indeed can be. So then, those who are in the flesh cannot please God.” (Rom 8:5-8)

The rest of the chapter Rom 8 explains how life in the Spirit works: We are led by the Spirit (Rom 8:14) the earth groans in labour pains for the revealing of the sons of God. (Rom 8:19) I am not afraid about the number of the beast, I am yearning with fire in my spirit for this revealing of the sons of God: The triumphant awakened church who knows their true identity of the resurrected Christ within!

Our Lord Jesus Christ’s returning is at hand, let’s do (finish) what we are called to do while there is still time. It is the beginning of the best and worst times of our history. Do not live in fear, it is the time for the church to RISE! (Isa 60)